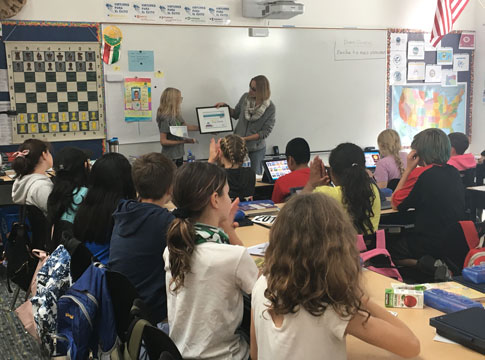 For the fifth year running, EWEB held a poster contest for area fifth graders in honor of Public Power Week. EWEB Commissioners this week stopped by classrooms around Eugene to present winning artists with awards.

The theme of the 2019 contest was, "Brought to you by electricity..." asking students to consider how they use electricity in their daily lives. Nearly 300 students from area schools submitted entries that varied from focusing on technology that many people now take for granted to considering what life would be like without readily available electricity.

EWEB staff selected six winning posters (there was a tie for third place). Commissioners stopped by the students' classrooms to deliver an award and briefly talk about the role electricity plays in the community.

"It is very rewarding to see the students light up when presented with the award and watching them explain to their classmates what they did for their poster. It's just a great interaction," says EWEB Commissioner John Brown.

Who owns your utility?

EWEB is a public utility, meaning we are community-owned and do not operate to earn a profit or to serve the investment needs of stockholders. Instead, EWEB is chartered by the City of Eugene to serve the interests of its citizens. We are owned by the people of Eugene and it's our job to provide reliable, affordable water and electricity for our customers.

During Public Power Week, local students learn about and celebrate the advantages that locally-owned and operated electric utilities provide. 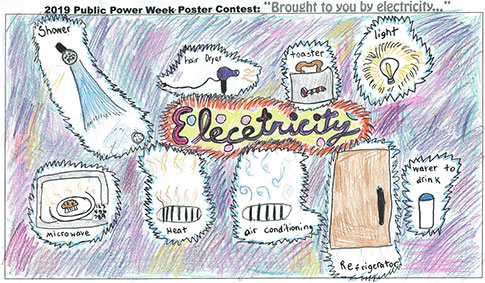 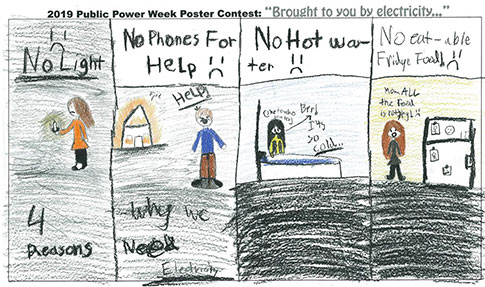 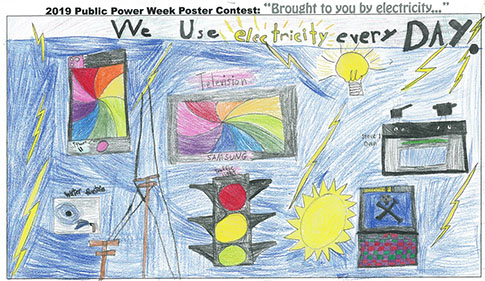 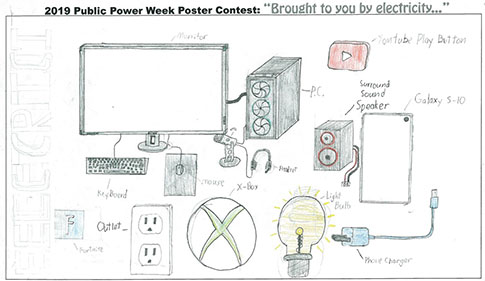 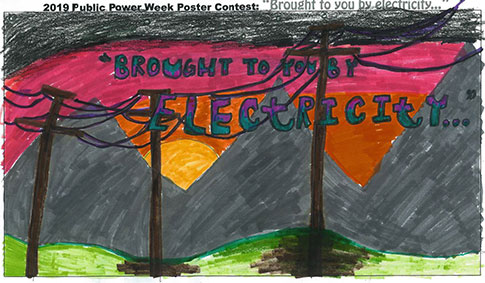 As a public utility, EWEB has a role to play in shaping the future by engaging with the next generation on the value of public power and the critical role it plays in the vitality of the community.