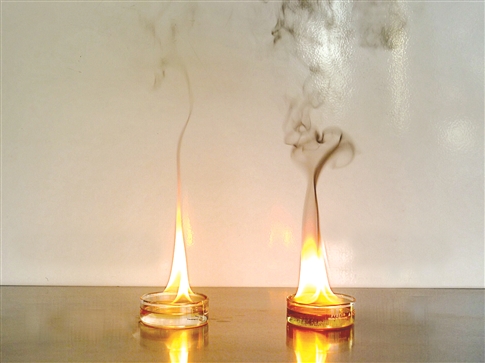 For the past several years, the Eugene Water & Electric Board has been using alternative fuels such as ethanol and bio-diesel as a way to meet fossil fuel and carbon emission reduction goals. In the fall of 2015, the utility's fleet operations stepped out on a limb to try something different - renewable diesel, or R99.

Renewable diesel, also known as green diesel or second-generation biodiesel, is the product of fats or vegetable oils-alone or blended with petroleum-refined by a hydrogenation process rather than the chemical process by which biodiesel is made.

Renewable diesel can be used in engines that are designed to run on conventional diesel fuel, so no retrofitting is needed. EWEB also discovered that renewable diesel is much easier of vehicle engines and diesel particulate filter systems.

The fact that UPS and the city of San Francisco made commitments to switch over to this new product caught Fleet Supervisor Gary Lentsch's attention.

"When we adopted our Greenhouse Gas Reduction goals in 2010, I admit that they seemed lofty and possibly unattainable," Lentsch said.  "We were making progress by replacing older vehicles with more fuel-efficient hybrid and/or electric cars, but price and cold-weather performance were limiting factors to alternative fuel-blending."

Renewable diesel is an emerging market, so EWEB, in partnership with the Oregon Department of Energy, teamed up with Eugene-based The Jerry Brown Co. to act as the local supplier.

Converting to R99 for its 85 diesel-fueled vehicle means that EWEB will exceed its 2030 fossil fuel usage reduction target of 50 percent by as early as next year, while providing similar, if not better performance than conventional diesel, Lentsch said.

Other local agencies, including Lane County Public Works, are taking notice and following EWEB's lead.  "They all see this new fuel as a win-win solution to reduce our fossil fuel footprint without impacting operations," Lentsch said.

EWEB received its first shipment of R99 from The Jerry Brown Co. in September for field-testing, at a cheaper price than bio-diesel, and found no performance hiccups.  Another bonus - the R99 purchased had about 70 percent less carbon content than conventional diesel, and 60 percent less than biodiesel.