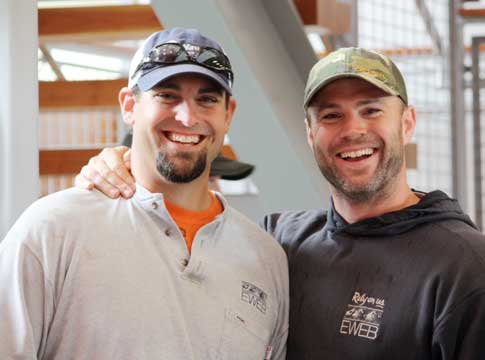 The Continental Congress in 1776 declared independence from the British Empire. In 1911, the citizens of Eugene made their own "declaration of independence" from the privately owned water company.

A typhoid epidemic that struck Eugene in the first decade of the 20th century provided the catalyst that led to the creation of EWEB. When the outbreak was traced to the privately owned water company, outraged citizens sprang into action, voting in 1908 to buy the system and create a municipal, citizen-owned water utility. We began generating electricity, at first to power the pumps for the water system, and eventually became the full-service water and electric utility we are today.

Public utilities have long been an important American institution. From small towns to big cities, public power and water is an expression of the American ideal of local people working together to meet local needs. While each community-owned utility is unique, all public utilities, including EWEB, share some basic tenets:

Public utilities are owned by the citizens they serve. All of EWEB's assets—from hydroelectric generation plants to water reservoirs and the high-speed fiber network—are owned by the citizens of Eugene. Public ownership also means that dollars stay in the local community. Each year EWEB contributes more than $12 million to help the City of Eugene pay for critical services such as public safety.

Like the government envisioned by our founding fathers, public utilities are accountable to the people they serve. EWEB is governed by a citizen-elected Board of Commissioners. With local control, EWEB is able to make business decisions that are important to our customers, such as investing in system reliability, energy efficiency programs, and helping limited-income residents pay their utility bills.

As a public utility, we do not operate to earn a profit or to serve the investment needs of stockholders. Most community-owned utilities, including EWEB, charge cost-based rates. We raise rates only when necessary to provide safe and reliable service for customers. We've been making reductions and cost-cutting measures for a number of years, and through our current affordability initiative, we're working hard to reduce future price increases.

This year as you celebrate Independence Day with the traditional cook-out, fireworks, or camping trip, take a moment to remember another American tradition: public power and water. EWEB has been locally owned and operated, reflecting the community's values and priorities, for more than 106 years. We are thankful to serve you, our customer-owners, and we wish you a safe and fun Fourth of July!