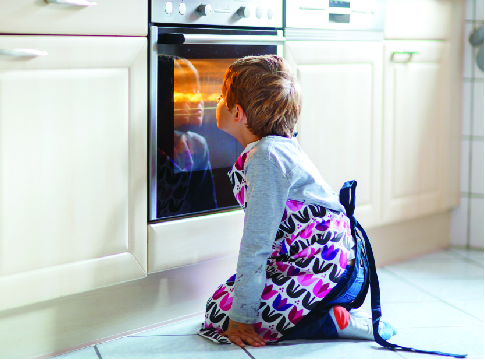 On Thanksgiving day, you will likely fire up the oven and cooktop around mid-morning, and keep those kitchen appliances running strong until early afternoon. Have you ever wondered what happens to the electric grid when millions of households follow the same pattern?

What is peak power?

Peak power occurs when the highest level of electricity is used in our region within a specific timeframe. There are seasonal peaks, daily peaks, and even hourly consumption peaks.

So should you be concerned about peak power on Thanksgiving?

The answer is an ambiguous yes and no.

Thanksgiving is a different kind of "peaky"

On a typical November weekday, the Northwest experiences two peaks—in the morning when people wake up and start getting ready for work and school, and then again in the evening as people return home.

Unlike a typical morning when electricity usage peaks around 7 or 8 a.m., Thanksgiving ramps up at 9 a.m. as people begin cooking their turkeys and pies, peaking around midday when most of the cooking is wrapping up. Around early evening, once the feasting is concluded, energy loads wane and stay low for the rest of the day.

So the overall result is a shift from two daily peaks to one, slightly larger midday peak. But, peak is still a big deal

Just because the grid doesn't experience a massive increase in peak demand on Thanksgiving doesn't mean we don't need to be concerned about peak power. That's because peak power consumption can affect electricity costs and the climate.

EWEB, like most utilities, buys and sells power on a wholesale electricity market. During periods of peak demand, the cost of electricity goes up. Ultimately, higher power costs can impact the price of electricity charged to customers. Peak power can also increase infrastructure costs, as additional generation and distribution capacity are needed to supply our community's energy needs.

Although EWEB's energy portfolio is composed almost entirely of carbon-free power, we are part of a highly integrated regional energy grid that includes coal and natural gas. When the highest level of electricity is being used in the region, there is more of this carbon-intensive energy on the grid.

We should all be interested in managing peak power year-round. Reducing peak power demand allows for more efficient use of clean energy resources and can help limit future price increases.

In a nutshell, when you use electricity can be just an significant as how much you use.

Shifting your energy use to "off-peak" can be as simple as running the dishwasher, charging your electric car, or doing the laundry later at night (after 9 p.m.) or mid-day (between noon and 5 p.m).