PFAS and Other Drinking Water Contaminants

Questions about these contaminants?

Through the fall of 2019, there have been reports in the media, a book by a New York Times bestselling author and a major motion picture about the presence of contaminants in drinking water. Much of the emphasis has revolved around disinfection by-products and polyfluoroalkyl substances in various drinking water sources.

With the increased customer interest driven by the media mentioned above, we want to assure our customers that the drinking water delivered to your homes and businesses is safe and healthy. 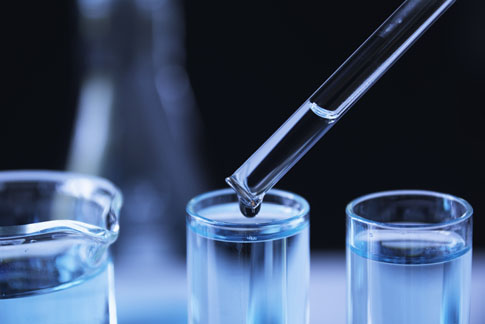 What are these substances?

Polyfluoroalkyl and perfluoroalkyl substances (PFAS) are persistent synthetic compounds used in a variety of industrial and consumer product applications. The sources of PFAS in the environment are numerous, as they are used in non-stick cookware such as Teflon, outdoor gear, food packaging, cosmetics, carpeting, furniture, dental floss, and firefighting foam.

Manufacture of these compounds started in 1946 and production of the two most well-understood and commonly detected PFAS compounds -- perfluorooctanoic acid (PFOA) and perfluorooctane sulfonate (PFOS) -- was phased out by 2015 in the U.S. However, these compounds are still produced internationally, are extremely persistent in the environment, and bioaccumulate in the food chain. They are often found at or near airports, military installations, industrial facilities, and are sometimes detected in urban storm water runoff.

Disinfection by-products (DBPs) are produced during the drinking water treatment process when chlorine is added to disinfect water supplies and reacts with organic matter, producing haloacetic acids (HAAs) and total trihalomethanes (TTHMs) in the treated water.

Both PFAS and DBPs are classified by the U.S. Environmental Protection Agency as potential cancer-causing compounds. The EPA has established maximum contaminant levels for HAAs and TTHMs as 60 parts per billion and 80 parts per billion, respectively.

The agency has not established a maximum contaminant level for individual PFAS compounds, but released a health advisory level of 0.07 parts per billion for the PFOA and PFOS compounds.

We have been monitoring for DBPs in the water distribution system since the early 1990s and we have never exceeded (or even come close to exceeding) the maximum contaminant levels. Over the last year, we have adjusted the treatment process at the Hayden Bridge Filtration Plant, which has significantly reduced production of DBPs by approximately 50%. Since 2018, DBP levels have dropped from 14 down to 3.3 parts per billion for HAAs, and 14.3 down to 5.7 parts per billion for TTHMs. Click here to view DBP detections in our treated drinking water going back to 2013.

Low levels of PFAS compounds have been detected in urban storm water channels in east Springfield at levels that range from 0.00023 to 0.0095 parts per billion, well below the EPA's health advisory level of 0.07 parts per billion for the PFOA and PFOS compounds.

We will continue to monitor for PFAS compounds, as well as other contaminants, on a regular basis to establish baseline levels so we can react if we start to see levels change.

We are fully committed to ensuring safe and healthy drinking water that meets or exceeds all state and federal standards is provided to our community. Our investments in protecting our water source, monitoring for emerging contaminants, and improving our treatment processes are a critical part of this commitment.  Read more at water reliability investments and water quality.