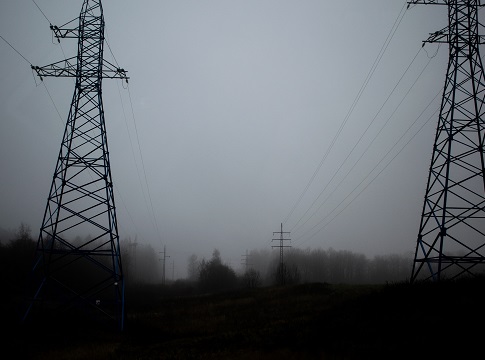 The energy crisis in Texas has grabbed the attention of the nation. As Texas struggles to restore electricity to millions, locals may be wondering if a similar crisis could happen here, and what utility operators and individuals can do to prepare for unprecedented weather events.

Is EWEB prepared for a major winter storm?

While no utility can be 100 percent prepared for a major disaster, we have worked hard to prepare for winter storms. After the 2016 ice storm that knocked out power for more than 20,000 EWEB customers for multiple days, we took several steps to "harden" the electric system. We completed more than a dozen reliability projects that involved removing crossarms, reconfiguring older overhead power lines with new, higher-capacity cable that requires only one wire, and converting some lines from overhead to underground.

To help prevent tree-related outages, we trim around 300 lines miles of vegetation annually.

Other major investments include our new Holden Creek Substation and improving transmission lines that enable us to move power from local generating resources to critical facilities, such as hospitals and public safety agencies, in an emergency.

While many tend to focus on electric outages, there is also a risk of water service disruption in an emergency. Again, EWEB has been working for several years on water reliability projects including renovating the Hayden Bridge Water Filtration Plant, replacing water mains, and developing neighborhood emergency water stations. We now have five operational emergency water sites throughout Eugene and two additional sites are planned.

How are the power outages in Texas different from the weather-related outages that were happening at the same time here in Oregon?

The recent outages in Portland and Salem were caused by ice bringing down trees and powerlines, similar to what happened in Eugene in 2016. In Texas, the power outages were caused by supply issues. In other words, here in Oregon, utilities had power available, but because poles and lines were down, they couldn't deliver the electricity to homes and businesses. In Texas, they didn't have enough power to meet the demand.

Why didn't Texas have enough power?

In a nutshell, the demand for power was greater than the supply. The unprecedented cold temperatures caused residents to crank up electric heaters. At the same time, freezing temperatures crippled many of the state's power plants.

What are some key differences between the Texas grid and power supply compared to Oregon?

From a supply perspective, both states have a diverse resource mix, but Oregon has a great deal more hydro generation. The key difference is the design of our respective power grids. Texas' electric grid is fairly isolated from the rest of the country. In Oregon, we are part of the Western grid, which connects 11 states plus the Canadian provinces of Alberta and British Columbia. The interconnection of the western grid not only provides diverse resources (hydro, wind, solar and more) but also allows utilities to share power across a vast transmission system to help balance supply and demand.

If a statewide deep freeze was the downfall of the Texas grid, what kind of extreme natural event(s) could throw our local grid into crisis?

West coast heat and dry conditions are problems for the western grid. Hot, dry conditions can not only create peak demand events that tax the grid but also can spark wildfires. In California, blackouts have become a common occurrence due to wildfire risk. Here in Oregon, Public Safety Power Shutoffs (PSPS) could become more common as climate change increases the risk of extreme weather events.

Could extreme weather events affect the availability of power for EWEB customers?

Possibly. With our wealth of hydroelectric sources and an interconnected grid across the west, EWEB customers have been relatively well-protected from widespread power shortages, even during surges in demand. However, the climate crisis is likely to create longer, hotter summers and reduced snowpack, limiting the power generation of northwest hydro. Western coal plant retirements could exacerbate the problem. Replacing coal while maintaining reliability may require a combination of renewable resources and an economic source of firm capacity, such as natural gas.

What are EWEB and other utilities doing to prepare the grid?

Here in the northwest, EWEB is part of an organized effort involving multiple utilities to ensure that collectively we have adequate power resources and reliable systems across the region. At the same time, there are many proactive steps being taken across the west to decarbonize the grid while improving resiliency, including adding capacity, coordinating markets, and increasing transmission flexibility. However, these changes will bring additional costs and we must find the balance point between resiliency and overall cost. The purpose of EWEB's Electricity Supply Planning work is to understand tradeoffs and make smart investment choices given future uncertainty.

How can EWEB customers contribute to a more stable, resilient grid?

Improving the overall energy efficiency of your home is critical. Homes with efficient heating systems and good insulation use less energy, which can be important in extreme weather events. Using less electricity during peak usage times can also benefit our local grid and power resources. Shifting energy use to "off-peak" can be as simple as running the dishwasher, charging your electric car, or doing the laundry later at night (after 9 p.m.) or mid-day (between noon and 5 p.m.). EWEB offers rebates and loans for your home or rental property that can help offset the upfront cost to upgrade windows, insulation, and appliances.

What else can customers do to prepare for a prolonged power outage?

Emergencies can happen at any time and it's important to prepare. Create an emergency kit with several days of food, water, cash, fuel, and other essentials. The Oregon Office of Emergency Management encourages residents to be prepared to be on their own for a minimum of two weeks. Having a well-insulated home can also help keep you safe and comfortable for a longer period of time in the event of a prolonged outage. Find more emergency preparedness tips and sign up for EWEB's Pledge to Prepare.